Learn how to create an effective patient timeline in your OET Letter?

The most apt method to create a patient timeline in your letter, resulting in giving a very clear picture about the patient to your reader, has been under the scanner for some time now. Many students report this as a challenging aspect of OET letter writing.

Now you have TWO WORDS to help you solve this major hurdle. 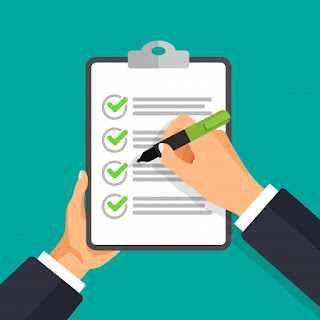 FOLLOWING and FOLLOWED are the secret tools to writing an easy-to-follow order about the different things that happened in a patient’s life. But aren’t these words one and the same, is probably what you are thinking right now. Have you ever thought of how these words, in two different forms, can completely alter the structure of a sentence? They also completely change the order in which the events happen.

Let’s take examples to look at it.

What do you think about these examples?

Do you think both the examples convey the same message?

The meaning of the first example is, Mr Thomas was presented to hospital on 21/02/2020 (event 1) and from the hospital he had a syncopal attack (event 2).

The meaning of the second example is, Mr Thomas had a syncopal attack (event 1) and later he was presented at the hospital on 21/02/2020 (event 2).

Following and followed, may look alike and sound homogenous but, they are able to have crucial effects on the information you present.

Let’s look at a couple of more examples to have an idea about it.

Mr Norton stated to have vomiting in the noon followed by severe pain in the abdomen region at night.

Mr Norton stated to have severe pain in the abdomen region at night following vomiting in the noon.

Although the incidents mentioned in the above examples are exactly the same, the connection between them (Following, Followed) changes the sequence of events.

If you look at these above examples “Vomiting” is an event that happened in the noon and, “pain in the abdomen” happened at night.

Why is it so important?

Creating a patient timeline in your OET writing should be easy to understand for the reader, hence easier to keep track of events.

By now, you are aware of the secret words to help you create that perfect timeline of your patient.

Popular posts from this blog 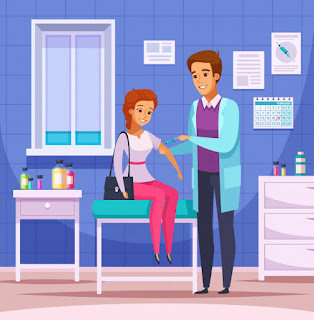 Have you ever thought about the type of tenses that need to be used in OET letter to report today’s visit? It is very important to use the correct tenses while writing OET letter. Writing a letter to report today’s visit means we are going to discuss an event that has already passed, which means it’s a past event. Even though, the event is in the past we can’t really write the entire letter using past tense because, when writing details such as a patient’s life style choices you would need to use present tense. It might sound a bit confusing, but let’s get the confusions off. Here are examples to help you understand the kind of tenses that you can choose for appropriate situations and make the writing interesting to the reader. Past tense -------- If you need to mention about any test results that were done during the day using Past tense would be accurate. Example   On assessment, she was suspected to have fetal death and diagnosed with gingivitis.   Present tense
Read more
- October 27, 2020

Do not WRITE these in your OET letter Do you know there are certain usages in OET Writing to avoid or be careful about? Read on to find what will make your OET letter, better. If you are in the habit of writing any of these in your OET letter, stop it right there. These are the ones which are probably keeping you away from that perfect A grade in your writing. Read on to find more about it. Avoid using the term ‘ a known case of yours ‘ The officials at OET do not recommend the usage,  Mrs. Maria Henry,  a known case of yours,  is being sent back into your care . Instead, what they recommend is to replace ‘known case of yours’ with ‘your patient’. For example,  Mrs. Maria Henry,  your patient , is being sent back into your care. Avoid using ‘ a known case of …… ‘ Some of you have this peculiar usage in your sentence,  Mr. Thomas  a known case of  hypertension for 15 years will be discharged today.  In such an instance where you are trying to say that this particular patient’s disease c
Read more 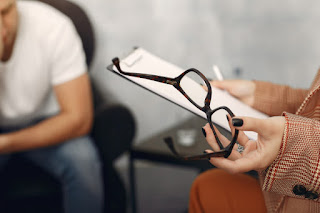 When someone is going through pain, anxiety or any discomfort, that someone might not be able to deliver a speech with clarity and ease. That’s the case with most of the patients you are going to come across in your real life as healthcare professionals. So, it’s extremely important to be calm and understanding. Patients may provide you incomplete information, in a jumbled order or even not be able to answer you properly. But, as a healthcare professional, it’s crucial for you to collect the right information from your patients. If not, you would end up struggling to diagnose or bring forth the correct care.   In situations where you did not understand something or you want to recheck the information that you collected from the patient, to make sure what you got is correct, it’s important to clarify the information which a patient provides. The OET speaking test’s clinical communication criteria needs you to clarify the information patients tell you. How can we clarify?
Read more